Radio address for December 21, 2013, about the affinity I feel for a cat at work that is, for the time being, both alive and dead.

Very prominent mention is made of “Schrödinger’s Cat” — read all the details on Wikipedia, for starters. It seems likely that quantum mechanics is right about small systems existing simultaneously as a superposition of two states correct even though in reality the cat would actually be dead or alive long before you opened the box (hint: the Geiger counter is itself an observer).

There is also the obvious problem that the cat would make an ungodly racket. 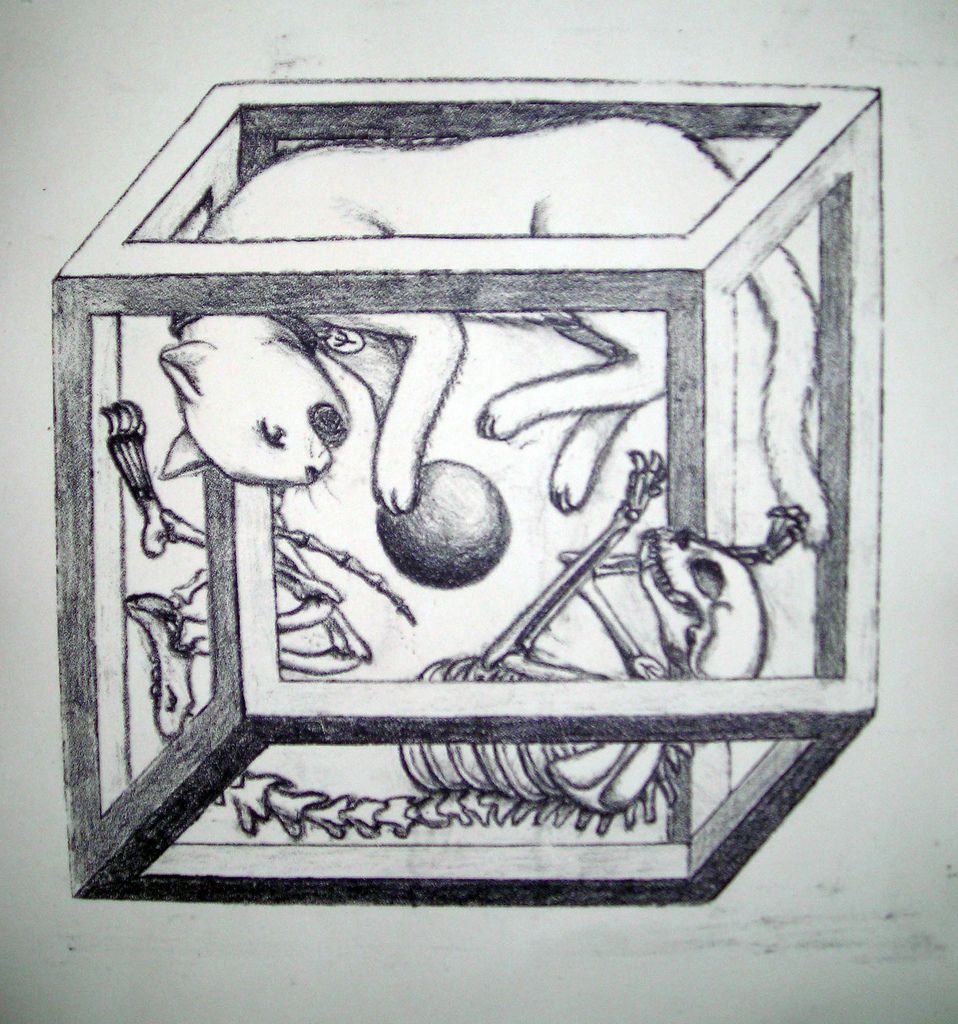 An artistic interpretation of the impossibility of Schrödinger’s Cat. By Jie Qi (CC license).