Radio address for June 15, 2013. Numbers and words are my yin and yang, my law and grace. I’m trying to explore the parallel between numbers and incessant rain, and why is it that we even need them? Why is it that as children in school, people always seem to prefer either math or language, but never both?

Mention is made of Ray Bradbury’s short story The Long Rain, which was included in his book The Illustrated Man.

Music cues are Midnight Sun and L’Aura by Richard Harvey, and Mayla by Edward Sharpe and the Magnetic Zeros.

The end music is I & Thou by The Daredevil Christopher Wright. I’ve actually included a link to an MPR article about this poetic, philisophical song for the last few months in the email that goes out to email subscribers (speaking of which, I’ll get that updated — sorry folks!). You can also listen to the full song for free there. 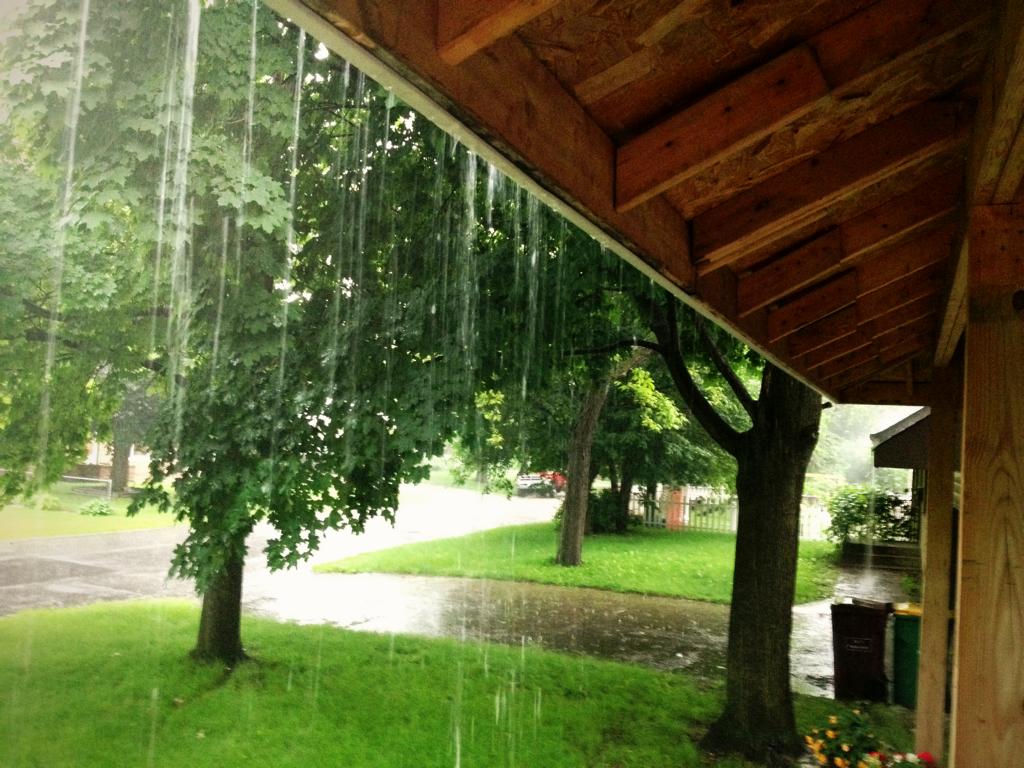 Today's rain, which you hear in the background of today’s podcast.